It’s that time of year again! Time to break out all of the comfort food recipes! Around here, we’ve finally been feeling sweet relief from the blazing summer heat, and are in full fall swing, enjoying as many activities as we can before the snow and blustery cold makes its way to these mountains. We still have our chores, but the garden is winding down, and most of the preserving is done, so now it’s time for some fun – pumpkin carving, hayrides, and fall festivals (yeah, we’re really corny like that). 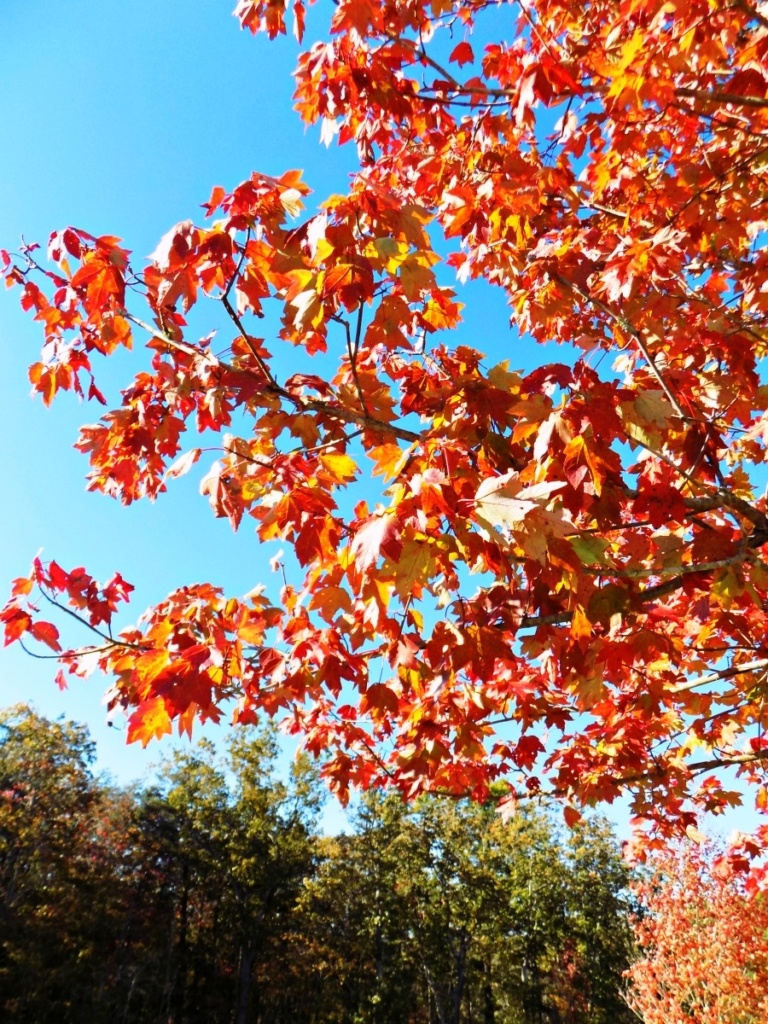 It’s safe to say that in our house, cold salads and similar lighter fare will not be on the menu for a while. We’ve all been blissing out on hot apple cider, cider doughnuts, all manner of pumpkin treats, and loads and loads of comfort food. When the frost is on the pumpkin, so to speak, it seems only natural to crave and to nourish ourselves with some heartier fare – like this Chicken Schnitzel with Mushroom Cider Gravy.

If you aren’t familiar with schnitzel, it’s basically an Austrian or German version of a breaded and fried cutlet of meat. Typically, it’s veal or pork, but chicken can also be used. There are several different types of schnitzel, but this recipe is inspired by the traditional Jägerschnitzel, which translates to Hunter Schnitzel with Mushroom Sauce. My version is much like the original version, but since I’m currently digging the autumn vibes, I change it up a bit with the addition of hard apple cider to the gravy. 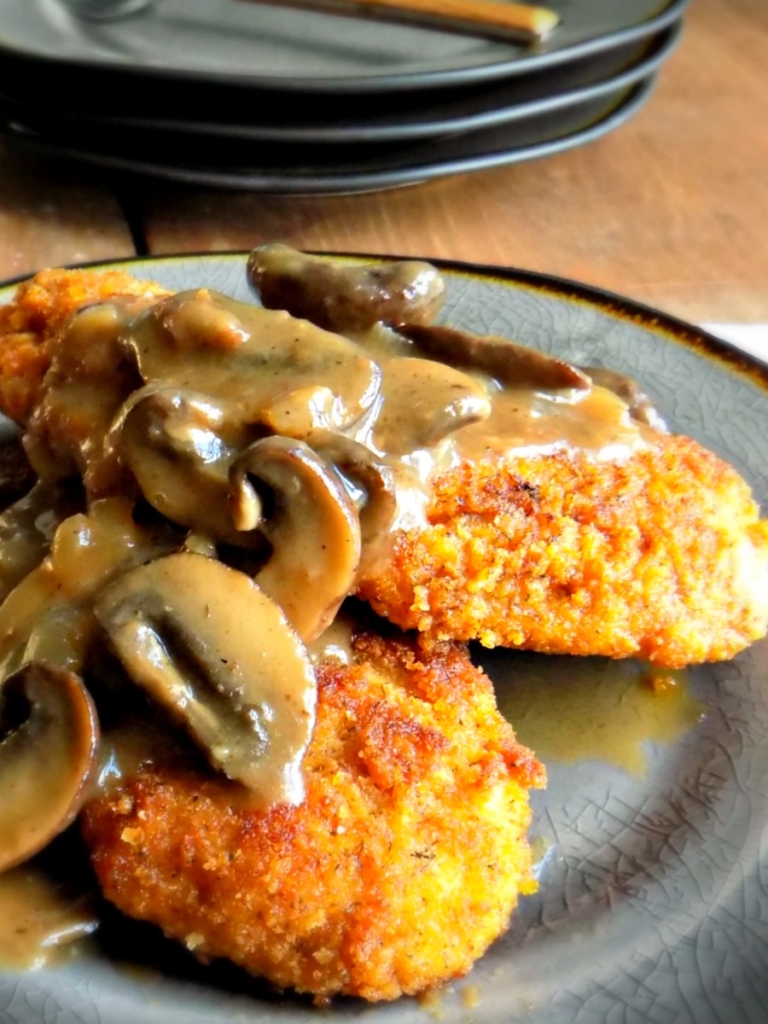 And while you can use regular apple cider instead of the hard stuff, be aware that the end result will be a much sweeter gravy. And note that the recipe calls for a dark, rich stock to be used in the gravy. So while this is a chicken recipe, I don’t recommend using a light chicken broth here because it really needs something darker in color with a richer flavor.  As strange as it may seem, I prefer using beef or roasted vegetable stock (store-bought or homemade) to make the gravy. Mushroom stock or broth would work, too.

Serve the chicken with a generous amount of gravy. It’s perfect with a lemon wedge for garnish and a side of red cabbage and some boiled potatoes or egg noodles. I hope you enjoy!

*This post contains affiliate links, which means I will earn a commission at no additional cost to you if you click through and make a purchase.*

For the Chicken Schnitzel:

For the Mushroom Cider Gravy:

For the Chicken Schnitzel:

For the Mushroom Cider Gravy: 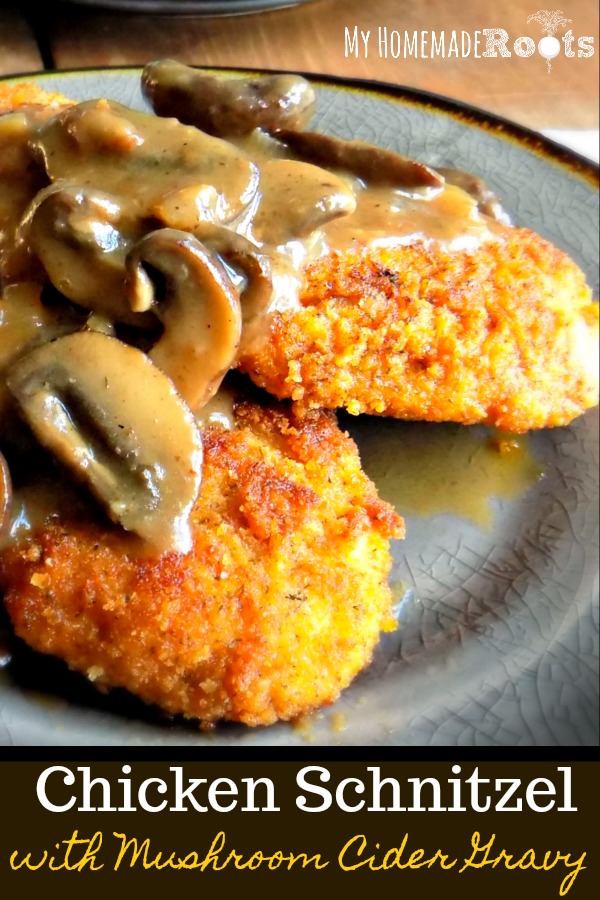 Hi, I’m Melissa!
I’m passionate about good, down-home cooking. I create new recipes, and also revive the vintage ones. I just adore my veggie garden, and preserving the bounty of the harvest. A well-stocked and organized pantry brings me joy. You’ll also find me working on at least one or two DIY projects at any given time. I’m happy to have you here, so grab a cup of coffee, or a glass of sweet tea, and stay and visit awhile! Read More… 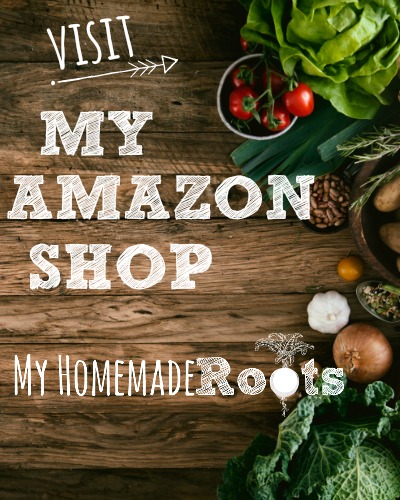 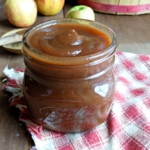 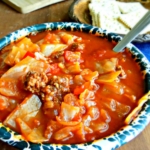 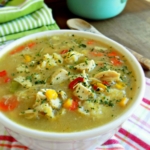